The SPIN-CITY project studies spiders as indicators for climate change. Ambient temperature affects the spider's colour and spider webs adjust to the availability of insects. 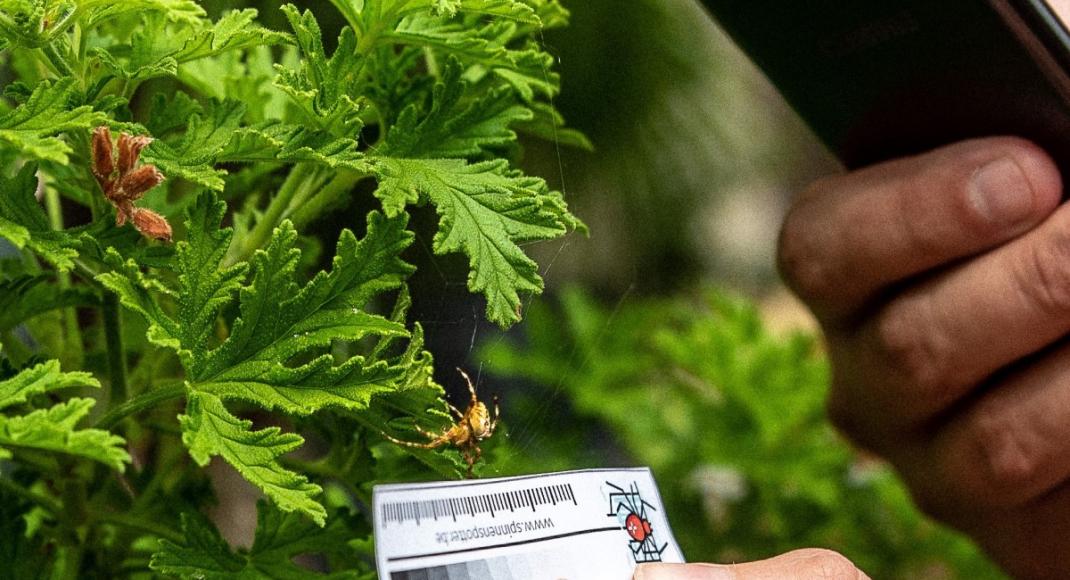 Using data gathered by citizen scientists, SPIN-CITY studies the effects of climate change on spiders. Spiders adapt to the urban heat island effect in two ways.
Firstly, spider colour. Spiders are dependent on the ambient temperature to regulate their own body temperatures. Dark spiders absorb heat more quickly than pale spiders. It's assumed that spiders in cities are more lightly coloured than spiders in the countryside to compensate for the higher temperatures in an urban environment.
Secondly, spider webs. Spiders will adjust their webs to the availability and type of prey available. By studying web size, SPIN-CITY can map differences in insect populations in and outside of cities.
Citizen scientists are essential to gather the large amounts of data on spiders needed for this research. Citizen scientists will take pictures of spiders and upload them to the spiderspotter app and website. In a second stage, volunteers will analyse these pictures. They will take notes on the spider web's structure and on the spider size and colour. In a third stage, scientists involved in the project will check the quality of the data.
During the project, observations of spiders are documented in realtime on an interactive map on the spiderspotter website, www.spinnenspotter.be/en/. 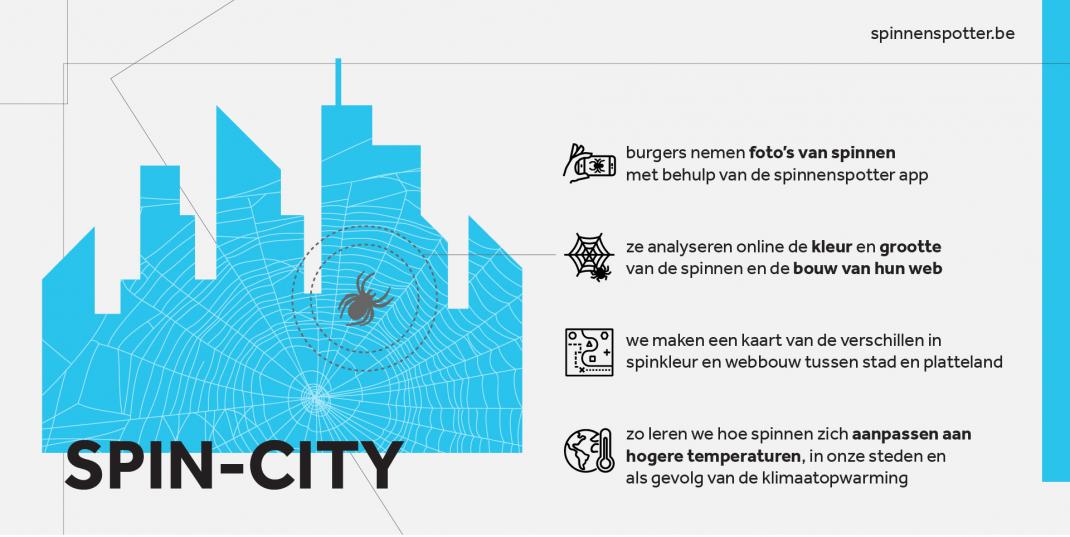 More information on the project:
SPIN-CITY

Partners related to this project

Success stories related to this project